Beneath The Protective Shell

This morning, while addressing some of the Honors English students at Tooele High, I posed this question to the class;

"What does every true artist hope to accomplish when they first set brush to canvas, pen to paper, voice to music, or feet to the dance floor?"  One particularly attentive young lady near the front answered most appropriately,
"To make their audience feel what they feel."
I was pleased that she had so completely perceived the intent of my question, and even more so at the way she articulated her answer. 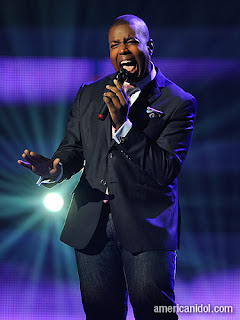 "Feel" is the key, for without feeling in art, whatever form it may be, there can be no earth moving, glass shattering, soul burning impact, only coordinated brush strokes, tedious words, pleasant music and technical movement.
A few weeks ago on American Idol during Hollywood week, several of the young contestants each performed various renditions of "God Bless The Child" and though they were all done well, none really brought anything new, or moving in their song.  None that is until a young kid named Jacob Lusk appeared in front of the judges.  What happened next was something that couldn't be planned, choreographed, or faked.  When he began to sing, something moved inside him as unconsciously he peeled back the protective shell guarding his heart, and for as long as his voice rang from the stage, the world felt his soul.
When the music finally died, not a person in the theater could keep themselves from lending their own part to the stirring ovation that erupted.  Judges, staff, and fellow competitors were compelled to their feet, and with tear filled eyes, cheered until he had gone from their view.  At home, my wife and I were similarly moved, as surely were countless other viewers around the globe.
"What was that?" I asked my wife in disbelief.
"I don't know, but we've got to hear it again!" came her reply, and we did watch it again, ...and again a third time, each time experiencing the same glorious feeling that had moved us from the beginning.
Once tapped into his pure center, young Jacob had only to feel as he sang, and want it or not, the whole viewing world was swept along with him.
While writing "Search For Yesterday", I at times found myself little more than a conduit though which an unimaginable flow of information was passing, arriving in surges that lasted for hours, and at speeds my frantic fingers could scarcely keep up with.  In those moments, raw emotion moved me in ways I hadn't before believed possible, ripping at my heart with pain that drew real tears while at other times filling me with peace, and tender feelings of joy.  Later, while again swept up in the wild current of flooding thought, I found my breath suddenly gone and the pounding in my chest nearly unbearable as I waited in anticipation for what might happen next.
Nothing in my previous experience in writing had ever given me the hope of reaching such a place as I began to find myself so frequently in, but once tasted, the addictive thrill of it had me hoping and even hungering for more.
As phone calls, Facebook and E-mail messages, and Blog posts have begun to come in, I'm thrilled to hear that in some small way I have been able to share.  Good times become great when you can share them with friends.  Thank you all for taking a chance on me, ...a small risk though it may have been for you, you still took it and I feel blessed just for the chance.
Posted by Quinn O Heder at 4:54 PM