Dropping into the Salt Lake Valley from Corner Canyon yesterday as the storm pulled back in a sweeping arch over the north and west before resuming its deluge, I became suddenly overwhelmed with mounting appreciation for the human family.  Before going to my first appointment, I had stopped by to check in on JoLyn and Chad and perhaps my time there had fostered a heightened sensitivity, I really don't know, but whatever the cause, ...its affect was something I'll likely not forget.
Homes by the thousands seemed to leap up with greater prominence than before.  Streaming road ways, fabulously designed office buildings, shopping malls, an amusement park and a myriad of not so desert-like trees spread as far as the waiting clouds would allow my vision, all whispering together in nostalgic harmony to my hungry spirit.  I thought, "What a spectacle! ...a miracle even!" 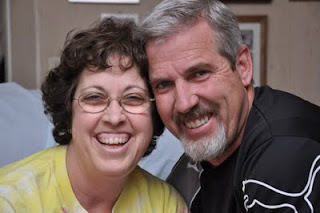 Familiar to many who have roamed the mountains of the world, is the term "Sign", which is just a simple way of referring to tracks, or evidence that an animal had passed.  Well, ...as I paused roadside, marveling at the scene stretching out below me, it wasn't "Sign" of wildlife I observed.  As I often do these days, I thought of my brother Van, ...where he must be, and how his and other's view of us, the ones they've left behind must appear to them now.  Perhaps with the beauty of heaven all around them, our mere scratches in the earth's soil might understandably suffer by comparison, but then again, maybe not.  My thoughts then turned to my sister JoLyn, and I had to choke back tears thinking of what must be going through her mind and heart as she was at about the same time descending into the valley on her way to the Chemo ward for another battery of life prolonging poison.  There aren't two more industrious people in the world than she and her husband Chad, and knowing how they and their new family of cancer afflicted friends wonder and hope with each passing moment, clinging to every bit of this life they can, I suddenly gained a new appreciation for the "Signs" I was seeing.
For all the bad we may suffer and endure at the hands of a few, as evidenced world around, the overwhelming trend and disposition of humankind is to build and create.  Whatever their motive, people everywhere seek to beautify, improve, and increase, making their present condition better.  Sure we can find the exception, without even much effort, but when contrasted with the good of humanity, even the most zealous sceptics would have to agree that the bad they fixate on is an under-whelming minority.
Invisible from the lofty benches overlooking the valley are the simple kindnesses offered on the streets, in grocery stores, between neighbors, or in our food, blood, and clothing banks of our communities.  Our buildings, roads, and beautiful gardens and parks are only the most visible evidences that humanity is good, but the undeniable spirit of love I felt flowing up to me yesterday morning as I viewed them is the defining "Sign" of those who have gone before, and others who are presently leaving their mark through this place; sons and daughters of the living God, ...brothers and sisters of the resurrected Christ, he that lived and taught love above all else.  I'm ashamed to have just now noticed
Posted by Quinn O Heder at 5:50 PM