The Saint Behind The Camera

For twenty four years, my life as well as that of my family and countless others has been blessed by the subtle goings about of a true Saint.  I'm supremely confident that I can speak for all who know him, in saying that there are no better among us, and very few who so humbly and unassumingly bless human kind. 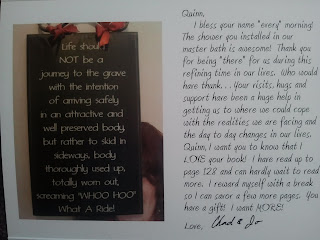 My first introduction to him was over the phone when news of my sister JoLyn's engagement was broken and in describing him she explained, "...you know the beautiful porcelain miniatures that you see in everybody's houses? ...well that's him!  His company produces them, and his mom is the sculptor."  I did know the perfectly sculpted mantle and curio pieces she was referring to, because it was nearly impossible to find an LDS home in Salt Lake that didn't have at least one, and for art appreciators they were a must have.  Sadly, however, times and tastes have changed over the years, and we see fewer and fewer of these beautiful "Hansen Classics" pieces displayed in homes.  Even more sad is the toll these changing tastes have affected such a wonderful man's livelihood. 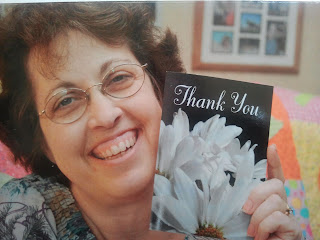 Over the past five years I've seen numerous associates helplessly watch as their incomes fade away because of the economic down turn.  Many have found some type of temporary replacement while sadly, others have languished in despair and self pity, blaming government, life, and even God for their misfortunes.  But not this man.  Through it all, he has pushed forward with the calm resolve, "...that come what may, I'll love it," working all the harder to keep food on his table.
Six children, two serving LDS missions during this time, another in college, and the three remaining living active and financially demanding lives, would be enough to make nearly any man cry "Uncle!" Then add the news that his beloved companion  would soon be leaving him to cope by himself, yet still he seems to fly high to any who look on from without, not even a hint of failing in his nearly featherless wings. 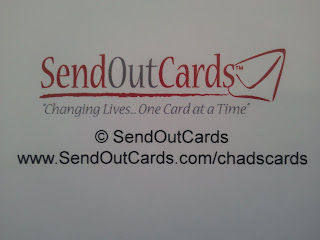 Each morning I log on to my computer to view photographs and read his few telling words of description, chronicling his family's trying, yet joyful road, and never have I heard him complain.  I feel his tears though, and cry with him wishing there was something more I could do to lift his aching heart as he has mine on so many occasions.  Just the other day, both Marianne and I received personalized cards from him, sent in separate envelopes, with beautiful photographs captured with his camera accompanied by thoughtful messages of gratitude and love from.  In a time where sunshine is hard to find even in a cloudless sky, this blessed son looks forever upward to God for his strength reminiscent of our older brother who once cried out in behalf of us all from a cross on Calvary's hill.   I've long since stopped asking why pure souls such as this must be tried when they live living such exemplary lives. 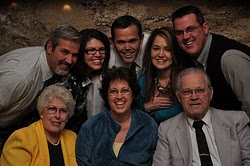 Instead, I stand in awe, cheering with all my strength, all the while knowing with sureness, that glory fitting to reward unfailing character awaits these rare Saints along with those over who's shoulders are draped their weary arms.

These pictures and note are the card he sent to me from his on line card business.  In order to display it, I've separated the individual pictures to work within the text.  If it's not obvious enough from what I've written, ...we love this man.  I guess here would be the appropriate place to post his picture, but as it is his way to be always behind the camera, I regrettably don't have one.
All the same, ...Chad Hansen my brother, you are a beautiful man
Posted by Quinn O Heder at 4:02 PM