Second only to God and Jesus Christ,
my greatest devotion in this life is to my family.  As a husband I have been blessed to love and be loved by a spectacular woman who has given me seven wonderful children.

Twenty three years ago as I worked my way into mid morning, Marianne announced that she thought a brisk walk down to the hospital might be just the thing she needed to settle the squirming, kicking little one inside her beautifully round, very pregnant belly.

"Sure," I said, continuing on with my work load in the Framing Gallery owned by her father in the heart of San Juan Puerto Rico.  What could it hurt, ...less than three blocks?  Perfect idea!

Fifteen minutes later, the phone rang and three frantic women employees pushed me out the door, babbling wildly in just enough English to make me understand that Marianne was about to pop.  The three block sprint took less time than the elevator ride up to the maternity ward, and when I found my sweetheart she was huffing through a serious contraction.

"Don't push!" the doctor ordered mid contraction, and obediently Marianne did the seemingly impossible while skilled hands prepared her for delivery.  Then, on the very next contraction, came our beautiful Kristine.  Actually, at first sight, my reoccurring fear of the previous months seemed to be confirmed as she appeared to have no chin.

"How would I feel?" I had wondered numerous times, "...if my baby girl were to be born deformed in some way?  Would I love her still as I did our first?"       My answer came the instant I looked into her little face, feeling the overwhelming joy she brought into this world with her.  "This just means I'll never have to give you up," I whispered softly, holding her close in her tightly wrapped swaddling blanket.  Truthfully, I couldn't have been happier about the prospect.  A day later, however, my dream was spoiled when from nowhere her little chin appeared, shapely and wonderful, completing perhaps the most beautiful newborn face ever to grace this existence.   She was so pretty, and the love affair I've had with my sweet Teenie has never dimmed.

In her short life so far, Kristine has become infectious, winning the hearts of any who come near her, accomplishing much while blessing the world with her talents, whit and charm.  She began exploring song around four and has developed a singing voice that without exception is my favorite sound of anything on earth.  For the past sixteen months I've had to wait for her semi annual phone calls on Christmas and Mother's Day, just to hear her sing for a brief moment over the phone as she's been away serving an LDS mission in Dallas Texas, ...each period of waiting has been a drought nearly long enough to kill me.  I love that she loves and wants to serve her Savior this way, but I'm not going to lie, ...I'll be so happy to have her back!

To my beautiful and talented Teenie, Happy Birthday and God be with you until we meet again.  You are loved beyond words, and Heaven knows, for me, that means something... 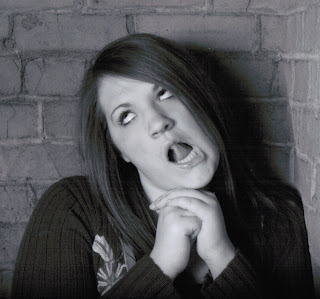