The Stuff That Fills The Senses 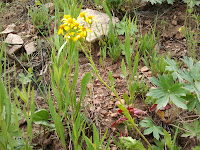 Thunder clapped ahead, amid building breakers, natures not so subtle hint that caution might be in order as we made our way upward along the mountain trail. From perfect calm and cloudless skys less than an hour earlier, a storm had suddenly exploded into a tumultuous disturbance in the higher elevations, blasting ahead of it, misty gusts of rich mountain air.  Sweet smells of rain moistened trees, wild flowers and grass filled the air flowing to us from the hidden vallies that lay beyond our view.
"Think it'll turn?" I asked my son Kent, who rode along side me on his brown and white paint, aptly named "Hidalgo" after a similar horse from a western movie of a dozen years back. 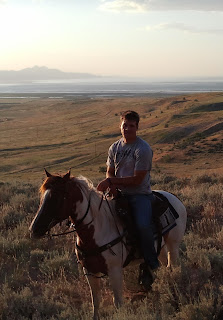 "Figure we're about to get wet," came his reply, his wide grin an obvious give away of his lack of concern. Frisco, my own horse, a big black Morgan, pricked his ears, lifting his head into the stiff gusts with nostrils flared wide to take in the new smells as he danced uncertainly on.  I leaned forward, whispering gently and patting him reassuringly on his huge neck. His ears flicked back for a moment and then returned to the front, his powerful legs eating up the steep grind that marked the last of our climb.
Emerging high above the valley, we stopped to let the horses rest a minute before moving on.
"Sure does suck living in such an ugly place," Kent mumbled.  Noting his sarcasm, I took in the sprawling landscape, marveling at the grandeur and vast beauty surrounding the valley where we live.
"Yeah," I agreed, "...I hate it too."  Kissing to Frisco, I turned him away from the threatening clouds onto the ancient Bonneville shore line trail leading south against the steep mountain side.  Suddenly, abundantly aware of how small we were in contrast with the majesty fore and aft , we rode silently, ...reverently on. 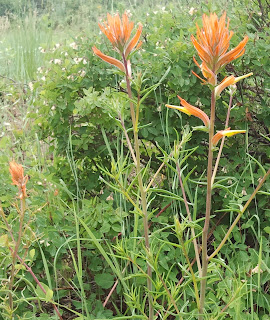 Words can't adequately describe the powerful affect nature has on me.  I feel most humble in even trying, but since my boyhood years, growing through adolescence and on through adulthood, such places, as the one in which my son and I found ourselves watching the setting sun, are where I have frequently found communion with my Heavenly Father.  It was truly inspiring.
The clatter of sliding shale burst our stillness, Frisco's head and eyes instantly directing our attention to a young buck in velvet on his way to higher ground.  Two does immediately joined him and all three turned to watch us before moving farther away.  Less than a dozen steps farther along the trail, a lone chucker burst up from the grass, then another and another.  Suddenly the ground seemed to rise up in front of us as numbers exceeding fifty exploded from almost beneath our horses hooves, filling the twilight sky momentarily before diving quickly back down the steep slope and out of sight. 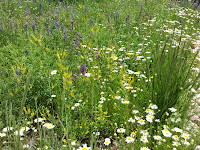 "My gosh, this place is awesome!" Kent whispered, shaking his head in disbelief.  Doubtless he felt to a large degree something equal to my own sentiment, as he and I, for his whole young life, have frequently enjoyed such places together. 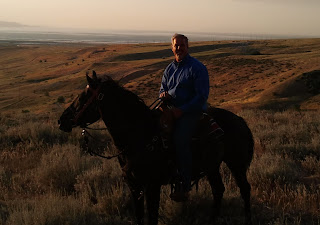 For a long time we lingered at trail's end, watching with intent awe as the sun dipped behind the western mountains and into the desert beyond.  Deep red and orange streaked the darkening sky, spraying the sun's spectacular exit toward us as an invitation home. 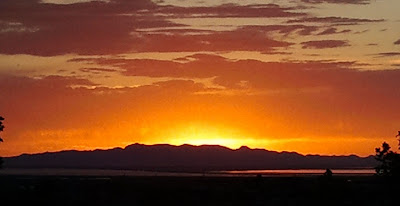 "This is the stuff," I said back, turning Frisco for home.  Just then off to my right several yards, a large rattler joined the symphonic moment, finishing off the dazzling display that had filled our senses as if an unseen baton waving directer had given his cue.