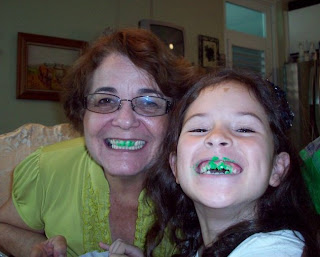 We throw around the term "Saint" a lot, as well as speculate whether or not Angels still visit from time to time.  When speaking about Saints, most people outside of the LDS faith, who claim only a desire to live as such, say that we really don't have modern Saints, or Angels for that matter, ...that neither are a thing of the present.  But, putting all religious affiliation aside, I would like to go on record as saying without reservation that I believe both exist today, and are often one and the same.
In my travels, I have had the blessed privilege of meeting and getting to know many wonderful people from all walks of life.  I have many personal friends and acquaintances,  who occupying esteemed positions in both corporate and religious worlds, I look to as role models for my life, but none, including the current President of my own church, would say is more deserving of the title Saint than the woman I am about to introduce you to.
In 1986, Marianne and I moved to San Juan, Puerto Rico, where for five years I took on the administration and oversight of an Art Gallery and Custom picture framing company.  Once my feet were firmly planted in the business and language soil of the Island, we decided to move to a quiet neighborhood in the lush green hills outside the city, and there is where we were introduced to a small corner of heaven. 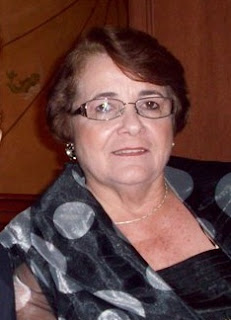 With our oldest son Benjamin turning one, Marianne was expecting our second child, Kristine, and as many of you can attest through your own experience, being ready to pop while chasing a fast moving, curious toddler is physically, mentally, and emotionally draining to say the least.  Accustomed to having help and support from our "Latter Day Saint" friends from church, we didn't fear the change, but when no body came to help us, we quickly found ourselves completely alone and drowning in the seemingly insurmountable quagmire of moving, taking care of baby, pregnancy, and work.  Noticing our plight, the neighbor lady came over with her beautiful thirteen year old daughter, introduced themselves, and jumped right in.  That was my first introduction to our own personal Mother Teresa.

Over the next four years, Iris Mena Portalatin exemplified the virtues of a true Saint, giving, caring, and serving like no single person I have ever met.  I have always compared women to my own mother, who is perfect in my eyes, and to her credit, this beautiful Puerto Rican woman not only met the impossibly high standard set by my mother, but exceeded it on many occasions.  It would be impossible to list the countless times Iris came to our rescue, but let me recount just one to illustrate my point.
Hurricane Hugo struck our island home, ripping hundred year old trees out by their roots, destroying everything in its path, knocking out power and subsequently water for two and three weeks.  The desperate, turned to looting, and breaking into emergency stores to grab what they needed in the moment, with no regard for the millions who would suffer long term because of their selfishness.  Fortunately we had water and some food stored, but we were in the great minority.  As we neared evening one day at the end of our first week of sweltering heat, Iris arrived at our door with two bags of ice, and a pitcher of ice cold lemonade.   Blown away by her miraculous offering, in our thanking, we questioned her about how she had even gotten it.
"It was nothing," she answered in her hard English, "...I have family who helped me."  Looking out from our front porch, we watched as her daughter Yamile, helped her deliver ice and refreshment, cooled with her own ice, to neighbors all up the street.  In the week following , still without power or water, we received a daily replenishment of ice from her, and two additional offerings of lemonade to soothe our scorched pallets.  Later I spoke with her son, and became acquainted with the personal cost of her Charitable heart and hands.
At her own expense, she, with her children made a daily journey across the island to the one small town not affected by the storm, and there with the assistance of members of her family living there, after waiting in line for hours, they were able to purchase two bags of ice per person, which she then put in coolers and transported the two hours home to give to us and so many others.  I think of the woman at the well, who drew water for the Savior, the famine starved woman who had thought to make one last cake for her  son and her before they lay down to die, but at the request of Elijah the Prophet fed him instead.  I think of the beautiful souls who in times of recent disaster around the world, have selflessly shared what they had, with no thought of themselves.  These are out Saints, and by virtue of their charitable spirits, are indeed Angels among us today as in times past. 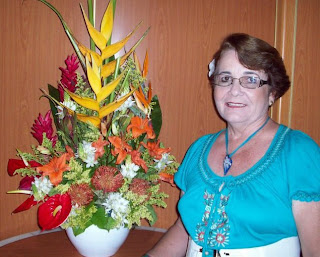 Iris Mena Portalatin, ...you are a Saint who I know without a doubt will some day grace the courts of God.  I only pray I manage to live well enough that his Grace will allow me to visit you there.  God bless you, and your beautiful life.
Posted by Quinn O Heder at 12:36 PM