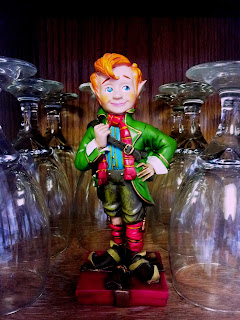 Last Thursday, while grabbing a few items at Costco, I approached a pleasant author lady, holding a book signing event there.  Being a struggling author myself, and having the added motivation of my wife Marianne's long running tradition of collecting a variety of fun Christmas stories to read at bedtime throughout he holiday season, I was very interested to see what it was she was promoting.  Her name turned out to be Alicia Richardson, and her book, "Kirby Puckernut and the Christmas Surprise".  Without introducing myself, I asked her about her book which she very happily presented to me, turning the pages as she gave me a brief description of the storyline.  As it turned out, I didn't really need to hear anything beyond the title, because as she opened the book and began to turn the pages, it's colorful and lively images leaped out to me and I was immediately sold.
"I'll take one," I said after the fourth page turn, having heard very little of what she was saying because of the mesmerizing illustrations, "...it looks like the perfect thing for my little ones."
"Oh, ...how old are they?" she asked, as she opened the cover of one of the books to sign it for me. 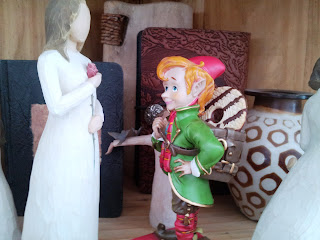 "My little DanyElle is almost six, and Andrew is nine."  Alicia had a wonderful way about her, and as we talked about our families, and individual publishing experiences, I had the distinct feeling that purchasing her book was going to win me a whole lot of Christmas bonus points with Marianne.   When I arrived home, I shared the book with Marianne, who immediately began to read it, but having a backlog of work waiting for me in the office, I excused myself, thinking I would hear it for the first time when we read it to the kids.  I suppose it was ten or fifteen minutes before she came into the office, exclaiming with great excitement her feelings about Kirby Puckernut and his story.
"I have to have him!" she exclaimed, "...he's so cute, and I can't stand that the book is over!"  I informed her that there were miniature Kirbys' available for purchase, and gave her Alicia's business card.  When I got ready to leave for work the next morning, Marianne informed me that Alicia would meet me at Costco at noon, and would have five copies of her book, along with a little Kirby Elf, and she would so appreciate it if I would arrange my day to accommodate her.  I did, and happily recounted her reaction to the story as Alicia handed me the books and wonderfully quaint wooden box containing our little Els Mere Elf.  She informed me that I would be thrilled with the magical presence Kirby Puckernut would bring into our family as we partook in our own version of the story's tradition. 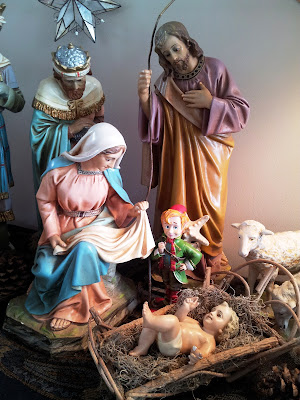 For Family Night that night, we read Alicia's book to DanyElle and Andrew, who with wide eyes and complete fascination, gobbled it up like double chocolate cake, their little imaginations popping with new wonders inspired by the story.
"Can we ask Santa to send Kirby to us?" they asked, along with a dozen other questions, and feeling their excitement, we committed right then to begin our Kirby tradition.  We helped them write a formal letter to Santa, and in the morning, they both carried the stamped envelope to the mail box, each holding a side, and blowing on it for good luck, their idea, before sliding it into the box.  The following two days, were filled with anticipation, and at least a hundred rehearsings of the rules once Kirby came.  The story does an excellent job of impressing on young minds the importance of following the expressed rules to having Kirby in your home, and they weren't about to break them.  When the small wooden box appeared on the doorstep two nights later, they nearly exploded with excitement, and it even got worse when they realized that they couldn't touch the little elf to remove him from the box.  Consequently, they stayed up well past midnight waiting for him to jump out, a fruitless attempt, since Kirby won't move as long as he's being watched, but at 6am, they were at our bedside exclaiming with excitement that he wasn't in his box anymore.  In addition, they were convinced that he had spilt some of his magic dust when he moved, identifying tiny specks of anything visible on the dark floor as sign of his passing.  Once found, the adventure became even more magnetic, pulling us all into the childrens' imaginative wonderings.  First he was in the Christmas tree, and several ornaments were found scattered about at its base.  Next he was in the dining table centerpiece, and then smack in the middle of the nativity scene.  Next he spent time with Marianne's collection of Willow figurines, a predictable choice for him, as you will find in the story, ...then it was off to the sugar jar, where he made terrible mess while nibbling on Keebler cookies and Christmas Oreos.  Today, he stacked a whole bunch of books, high on top of the Office Ormiore where he seemed particularly interested in six wooden elephants standing one on top of another, and then finally in Marianne's Crystal cabinet with her goblets. 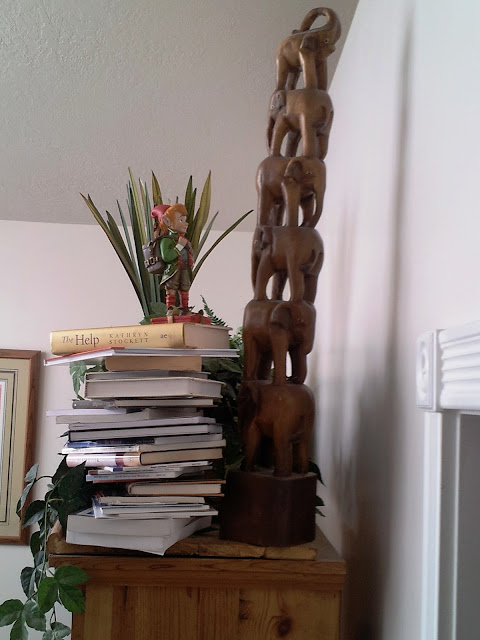 Without giving the story of Kirby Puckernut away, let me just say, that I have never seen such excitement in kids over anything, ...they're nice to each other, they won't do anything to jeopardize having Kirby return, and they every morning between 6 and 6:30am they are at our bedside announcing that he's gone again!  Having no interest in the success of this book, other than hoping Alicia Richardson's continued success will somehow add new wonder to the rich and magical adventure our family is enjoying this Christmas season. I strongly suggest that if you have small children or grand children, and like me have felt the terrible void where thrilling Christmas excitement used to be when you were a child, please don't wait to visit www.KirbyPuckernut.com   Start your own Christmas Elf tradition today, ...I promise you'll thank me.  Thank you Alicia, this has been the best Christmas for me in more years than I can count, and we're only a week in.  You are my hero, and I wish you all the best in your writing pursuits.

Merry Christmas Everyone, and a Wonderful 2013